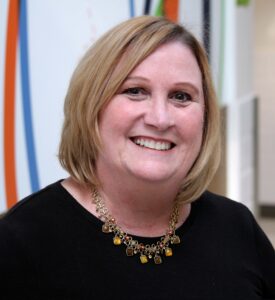 Beth graduated with a Master’s degree from Washington University George Warren Brown School of Social Work in 1992 and became a licensed (LCSW) social worker in 1994.  She started the Miriam Learning Center (MLC) in 2007 and has worked as MLC Director from 2007-2009 and from 2011 to present. Previously, she was the Executive Director for Good Shepherd School for Children, an inclusive early childhood and therapy center, from 2007-2009 and she was also the Director of Program Development and Fund Raising at The Center for Head Injury Services for 10 years prior to 2007. Beth’s passion is helping youth who struggle in school and providing support to schools so they can meet needs of unique learners in today’s world. Beth is married and has three grown children. She enjoys playing tennis and traveling with her husband.