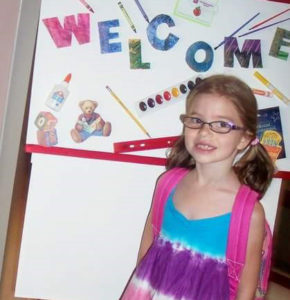 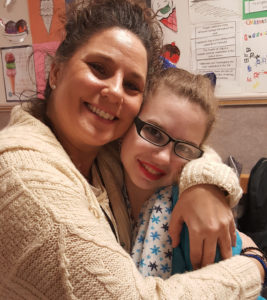 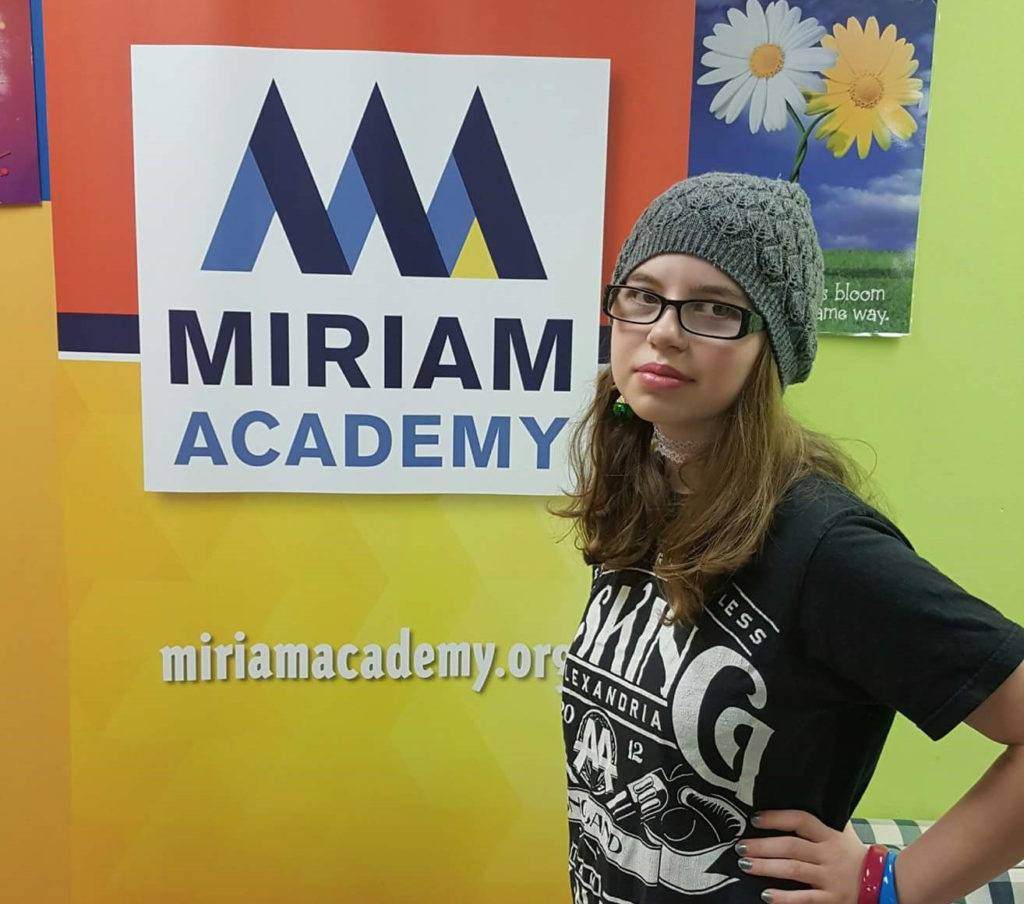 “At Miriam, Julianne is just like everybody else. Everybody is treated as important and valuable people. And that, to me, is the foundation of Miriam.”  ~ Chris Walewski

Julianne, who will be a junior at Miriam Academy in the fall, started at Miriam in first grade. Read below what her mom, Chris, has to say about her daughter’s 10-year journey at Miriam.

Q. When and why did Julianne come to Miriam?

A. Julianne attended kindergarten at a parochial school…twice. By the end of the second time around, they still didn’t know how to help her. She wasn’t able to read, and their suggested solution was for me to hire a retired person to come sit with her in first grade and have them read for her. At that moment, I knew I needed to do whatever I could to find a school that would be equipped to teach children like Julianne.

With the urging of Julianne’s speech therapist, we went and toured Miriam school.  From that day, I knew it was exactly the kind of school environment she needed. So, she started at Miriam school as a little bitty first-grader, and she has never left.

Q. How has Julianne benefited from a Miriam education?

A. Oh my gosh, basically everything that Miriam has done for Julianne has been of benefit. First, the staff has always been a vital piece of the puzzle. They are trained to help differently abled learners. They are compassionate and always see the positives and potential in Julianne. As a parent with a child who is different than “typical” learners, and has challenges that often seem so heavy on parent’s hearts, having staff constantly reassure you of the wonderfulness of your child lets you take a breath and feel like things really are going to be ok for your child.

The other amazing things that have benefited Julianne are the small class sizes; the never having to ask for what Julianne needs, as the staff as a team gave her all that and more; occupational therapy and speech and language therapy; social skills classes; and being absolutely loved on and given a sense of safety.

But I think the biggest and best thing that happened for Julianne when she began at Miriam, was that she learned that she was no longer the “dumb one” in class, like she felt for two years in her other school. At Miriam, she is just like everybody else. Everybody is treated as important and valuable people. And that, to me, is the foundation of Miriam.

Q. What were Julianne’s needs when she started at Miriam, and how have those been met?

A. Julianne has a myriad of struggles and challenges. When she started at Miriam, she had a significant speech and language disorder, she was developmentally delayed, her working memory was not good, and her self-esteem was at zero. Through the years at Miriam, we have learned that the issues Julianne struggles with are not things she will outgrow, and her disabilities are going to be part of her life forever.

But her needs have been and continue to be met by the staff and teachers at Miriam. Helping Julianne to find her potential, to never give up, and to accept and advocate for herself are skills that are being reinforced with her all year long by the great educators at school.

Q. How has the Variable Tuition program helped your family?

A. For a couple of years, while still in preschool, we had been urged to check out Miriam School for Julianne. One look at the cost of tuition and I didn’t go further than that, because I knew it wouldn’t be possible for us to afford it. After about two years, I took the tour, and knew immediately that my husband and I would do whatever it took to get her to Miriam school.

I was going to move mountains in order to make this happen. When we found out that we qualified for tuition assistance, it was as if the skies opened up and a miracle fell right into our hearts. All these years, because of the tuition assistance we have received, Julianne has been given the gift of being at a school that cherishes her…a school that embraces her challenges…and a school that has taught her that she is not what the world tries to tell her she is, but that she has wonderful and unique gifts and talents to offer. Without the tuition assistance, I hate to think of what kind of life would have been laid out for her. Miriam has changed the trajectory of her life 100 percent.

Q. Would Julianne be willing to give a quote about why she has liked her time at Miriam?

A. Here is what Julianne said about why she likes Miriam: “I like that I can have friends. I love Ms. C and love that she loves me. Learning is fun there. I like that I can wear my own style of fashion clothes.”