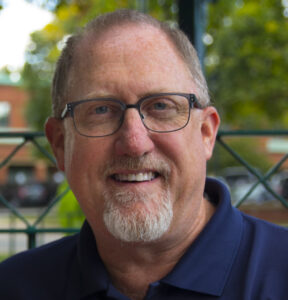 Bill Florent, co-founder and CFO of Selequity and longtime Miriam board member, is serving as Interim Executive Director for Miriam Foundation.

Bill’s daughter, Casey, attended Miriam School two decades ago, and he has remained involved with the organization. He joined the Board of Directors in 2005 and served continuously until 2019 – including a term as Board President. He rejoined the board in July 2020 but has resigned in order to take on this interim role.

After earning a bachelor’s degree in accounting from Southern Illinois University at Carbondale, Bill worked for KPMG US, May Department Stores Company and Nine West Group. He then spent nearly 14 years as CFO of Cassidy Turley. In 2014, he co-founded Selequity, as an online platform that gives accredited investors exposure to professionally operated, private real estate investments and provides commercial real estate owners with access to a broader range of investors. Selequity also provides a broad range of consulting services.

Bill said that when Miriam Board President Trish Winchell approached him about the interim executive director position, it was easy for him to say yes. “This organization means a lot to me, because I know how important education is at a young age.”