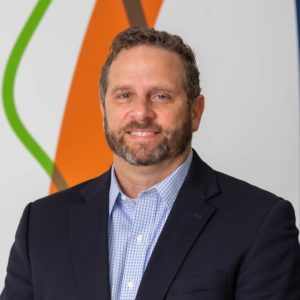 As Executive Director since 2005, Andy has grown the Miriam Foundation into an award-winning leader in the development and launch of innovative programs that have driven a significant increase in the numbers of children and families served.

In 2002, while maintaining Training Director responsibilities, Andy took on additional responsibility as Associate Executive Director. He was quickly promoted to Executive Director with oversight of administration, finance, development, marketing, program management, and training. Over the next year, he successfully turned around this 62-year-old underperforming organization, delivering a sustainable financial model that has continued to support one of the premier leadership development programs in St. Louis. He developed and secured a strategic partnership with the University of Missouri St. Louis, relocated the office, and gained buy-in from the board on the strategy to move the organization forward.

The trajectory of Andy’s career began in his role as a high school teacher and coach at Sandy Spring Friends School in Sandy Spring, MD. He would go on to spend three years in service with the U.S. Peace Corps in the Democratic Republic of the Congo, first as an Agriculture Extension Agent in a remote village in the Kasai-Oriental Region, then as a Regional Representative of Zaire’s Peace Corps Country Director. Following a public relations internship with Fleishman Hillard, Andy graduated from the prestigious Coro Fellows Program in Public Affairs where he completed internships with business, nonprofit, government, media, and labor organizations as well as with a political campaign. From 1993 to 1996, he served as the Membership Coordinator, then as Director of the Department of Education Senior Leadership Program for the Council for Excellence in Government in Washington, D.C.

Andy holds a Master of Public Administration from the American University School of Public Affairs and a Bachelor of Arts in history with a religion emphasis from The College of Wooster. He has served as a member of various boards of directors and advisory boards, most recently for the Diversity Awareness Partnership and the Coro Fellows Program.